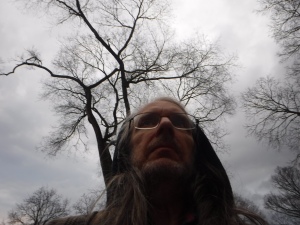 Jerry Modjeski is a sound designer, producer, writer and voice artist, born in Minnesota in 1960. Growing up in the small town of Winona, alongside his best friend Mark Masyga, they drew their own comic books, filmed their own Super 8 movie cartoons, also tape recorded spoofs of old time radio and TV reruns, entirely for their own amusement. In 1976, they telephoned the radio personality they most admired, Dr. Demento.

When Jerry transitioned from being a home taper to broadcasting, he and Mark collaborated on new material and remakes of scripts.  In 1982, KFAI aired their version of The Bozo Show.

Over the years, Jerry has created many original audio productions for each show he’s participated in. Many of these are being archived to digital from tape and are being released here at scorchedear.com and archive.org.

Jerry has even inspired a song: here’s Modjeski by the End Time Quartet:

4 responses to “About Jerry Modjeski”