electronic composer for the sci-fi film classic Forbidden Planet has, as of this date, over 4,000 downloads, Scorchedear’s most popular-ever offering. So rewarding for the memory of Charles Brin, who made the Bebe interview possible because they were old friends. Charles also made a movie cameo as a dour Yiddish school principal in the Coen Brothers A Serious Man. 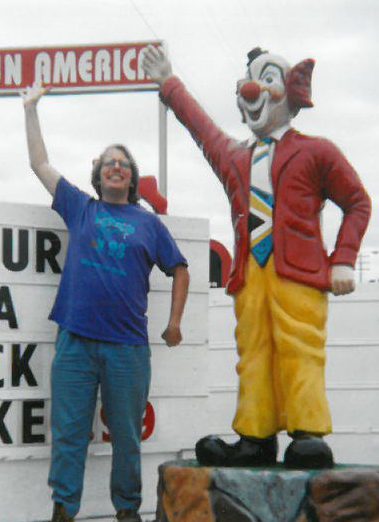 Send in these clowns…?

Could anyone fail to notice news reports of creepy clown sightings this past year? Not as recent yet contemporary clown encounters of the bizarre kind were only part of The Clown Show, certainly another of the most popular specials in the Scorchedear archives.

UFO researcher Terry Hansen passed away. His one book, The Missing Times, is an important must-read critical history of UFOs and censorship in the news. Terry meets Jerry on UFO Update Volume 7.